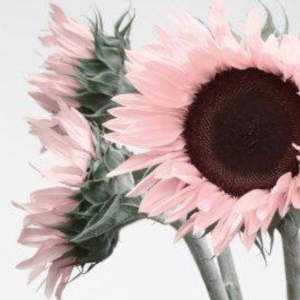 Today marks a big day in history. Not only am I turning 26 today (haha) but it’s ELECTION DAY. I voted and feel great about it as this is the first time I have ever voted for a presidential election. I just became a U.S. citizen 5 years ago and I didn’t think about voting 4 years ago even though I would’ve voted again for Obama. I am nervous but excited to see how things turn out by the end of the day.

Since becoming a U.S. citizen, I’m proud that in these few years, we’ve had our first black American president, not only for one term, but for two! Obama has been in my mind a great president, well-spoken, extremely intelligent and charismatic. A good man overall and I think he leaves our nation on good ground. This next term that will be decided by end of day, is Hillary or the Donald. I think it is incredible how far Hillary has come in this year to be close to becoming the first female president of the United States.

It seems like recently there is less of a distinction between the Democrat party and the Republican party. The two parties are becoming a little closer in views and scope. That may be because I’m living in the northeast, in a very Democratic state, but I do sense that at least in these areas of question that favor Democrat over Repub, a lot more people are being swayed to not really be voting either Demo or Repub. Some extremely conservative Republicans who have idolized Reagan and Bush and never ever voted for a Democrat are voting for Hillary. So it really depends. A lot of traditional conservatives are not voting for Trump because they think he is a complete joke on the Republican party. Then again, Trump has brought out a few people in the country who have never been interested in politics (mostly  uneducated white men living in rural towns, citizens alike “Making a Murderer” cast). Also, there is Paul Ryan, House speaker of the Republican party, who just announced that he voted for Trump despite their differences.

Ultimately, this election day marks a huge day for the U.S. and I can’t imagine how nervous some citizens must be to find out the result. My motto: “rather the devil you know versus the devil you don’t know.” With all the leaks of sexual harassment, manipulative allegations that have come out agains Trump makes me very skeptical of who he is as a person. This vote will be interesting to see how it pans out. I don’t think either candidate will receive a second term like Obama did, however, I do think Hillary is the more prepared candidate for presidency. There are some people still voting for Trump just because he’s the Republican candidate and refuse to vote for Hillary or any democrat. Most of my peers in the northeast have been swayed to vote “for her” despite them being a Republican. Therefore, it will be an interesting turn of events in the next few hours. I voted and am proud to have done it for the first time. I will celebrate tonight with a cocktail and some pasta and not think about the election until I get home. Happy election day and happy day for a Scorpio like me.